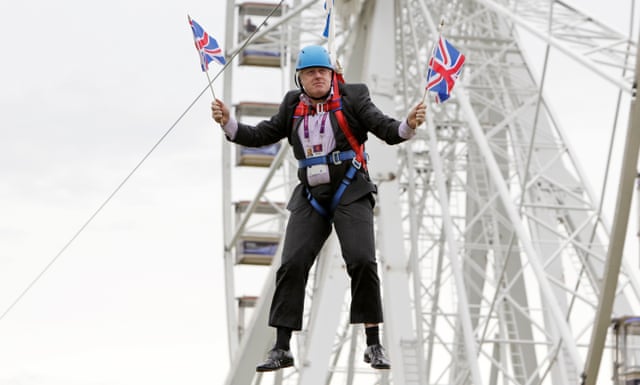 In the least surprising political development, ever Johnson caved in. The Dutch guy is also already giving ground and Trump probably isn’t far behind. Who that leaves as a politician in power who isn’t looking to lock us all up to save his skin, Jair “extrajudicial executions” Bolsonaro?

Alexander Johnson places Britain under house arrest. There is no outrage . Here, appearing among us, is the Abolition of Liberty which I have so long warned against.,

The Guardian can’t believe their right-wing boogeyman won’t lockdown his tropical country over a flu:

Brazil’s far-right president, Jair Bolsonaro, has accused his political foes and the press of purposefully “tricking” citizens about the dangers of coronavirus, as Latin America braced for a spike in the number of deaths.

The pandemic has claimed nearly 15,000 lives across the globe and looks set to exact a deadly toll on Latin America in the coming weeks, with many regional governments closing borders and shutting down major cities in a desperate bid to limit the damage.

But Bolsonaro has resisted such drastic measures, dismissing media “hysteria” over coronavirus and calling the illness “a little flu”.

In a tetchy television interview on Sunday night Bolsonaro again downplayed the pandemic and attacked the governors of key states including Rio de Janeiro and São Paulo who have ordered residents to stay at home and are imposing quarantines.

“The people will soon see that they were tricked by these governors and by the large part of the media when it comes to coronavirus,” Bolsonaro said, as his own health officials announced 25 deaths and 1,546 cases of coronavirus in Brazil.

Sounds about right to me. If Bolsonaro is for a change defending his citizens’ rights that’s all right by me.

To my knowledge, none of the people who accused Trump of being an authoritarian strongman akin to Hitler are fearful in the slightest of him massively restricting people's freedoms.

Covid Soy Boys
Thanks for subscribing! Any daily digest sent will come with an unsubscribe link in the footer.