Remember when Ivanka Trump asked Donald to lob cruise missiles into Syria and he did? As if that would help anyone, do anything, or was civilized behavior.

It was none of these things.What it was was Highly Moral Destruction. Blowing stuff up to show that while Assad was the kind of retrograde brutalizer who gassed people (he wasn’t), Trump and Ivanka were highly progressive and highly moral people who were MAD AS HELL about that — so we’re going to break law (international and the US Constitution), activate our high explosives, and vandalize your country.

Trump has been a catalyst to turn liberal destructive feel-goodism inward, away from Syria and Ukraine, but let’s not pretend he did not at times also ride it, and helped its evolution into ever-increasing aimlessness. 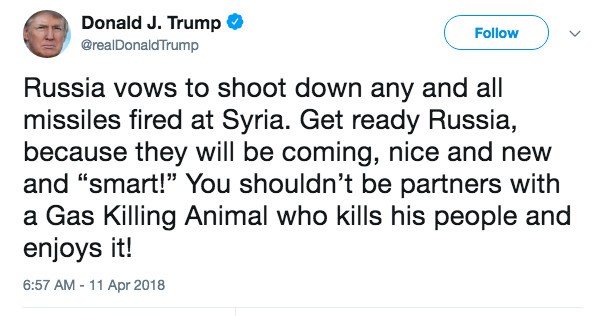 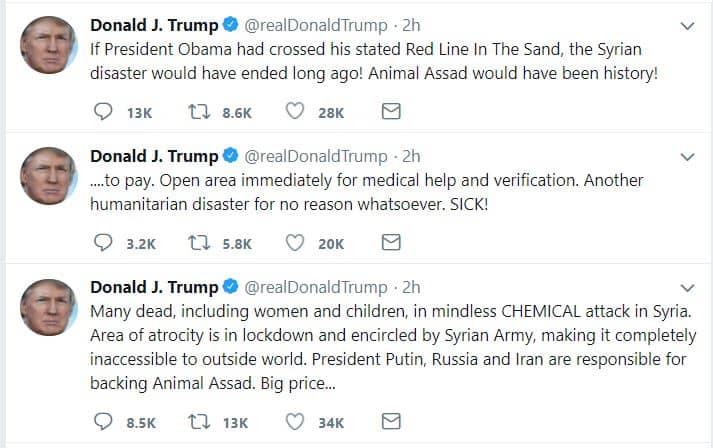 America’s destructive liberal feel-goodism, birthed in the 1990s liberal outrage wars in the Balkans, has finally come full circle. Via Libya and Syria it has now come home.

And US conservatives were every bit the fellow-travelers indulging in the same impulses, albeit they have the good sense not to defecate where they eat.

America’s conservatives are conservative at home but when they go abroad they turn into the same nations’-raping liberals, thinking nothing of pulverizing a country whose order they do not like if it’s a foreign one, see Iraq and Venezuela as exhibits A and B.

In fact, the whole concept of modern Western humanitarian interventions was first being conceived in the late 1980s by Reagan who was outspoken on the need for an “uplifting” unifying foreign policy cause (especially as he was wrapping up the Cold War) and Margaret Thatcher, who would soon become a particularly vicious and early proponent of strangling and bombing Yugoslavia.

The US establishment (Republican and Democrat alike) has long made common cause with weaponized liberal-cause outrage, and this is the outcome — the inability to state the obvious: that racking up collateral damage to make yourself feel better is not a-okay. What is “uplifting” to you is hell to somebody else. 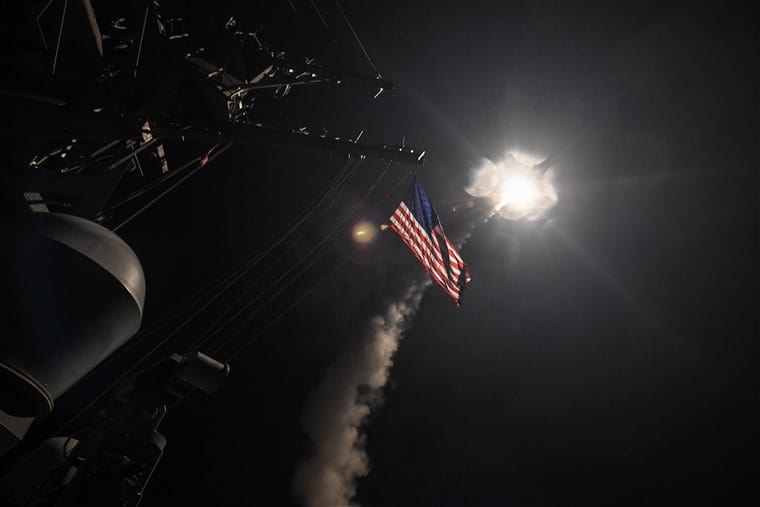 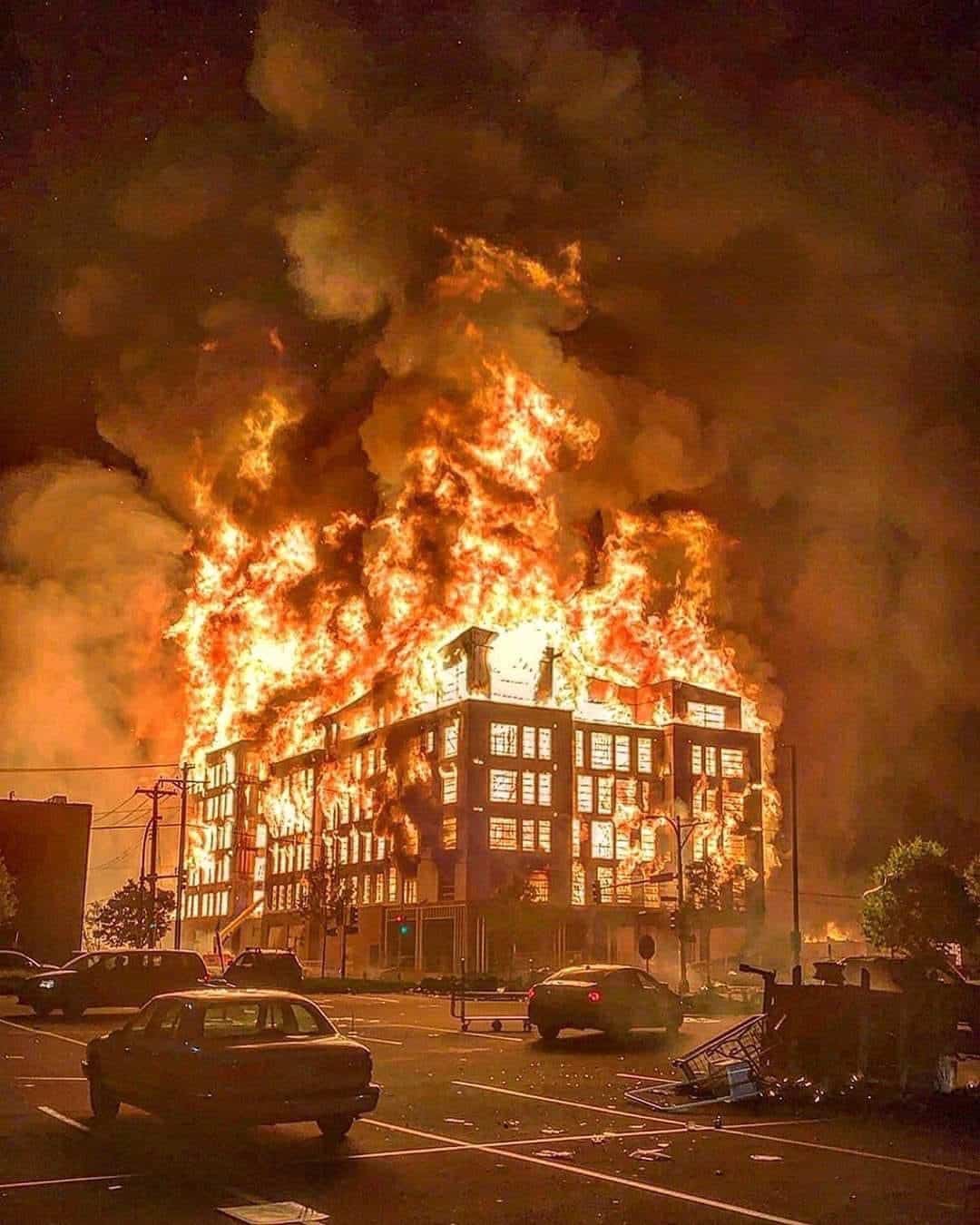 Did someone burn that homeless person’s possessions?

Princess Pope is a black business owner and her shop was destroyed last night in Downtown Dallas. Please share so the community can come together and help her in any way. ✊🏽 #BlackBusinessesMatter #blackwomen pic.twitter.com/MjoKQ9nK5S

People are in pain. We must listen. pic.twitter.com/5PJ9gqyu1q

“Minneapolis and St. Paul are on fire. The fires still smolder in our streers. The ashes are symbolic of decades and generations of pain, of anguish, unheard,” Gov. Waltz #JusticeForGeorgeFloyd

There have been riots in the US before, but what is new is the inability of the elites to condemn them. Instead, you’ve got the establishment downplaying the store-smashing protest undercurrent and pretending that they’re somehow on the protesters’ side which gives the store-smashers a partial free pass and encouragement that they’re in the right.

The looting, the suffering of business owners and residents caught in between, is of the elites’ own creation. These are not oppressed and demonized insurgents rampaging through the streets. These are out of control Maoist Red Guards whom the elites have nurtured and filled with venom and now find incapable of controlling.

The difference, a fortunate one for the US, is that while the protests despite the anti-property undertone are receiving support from the establishment they will not be reinforced by America’s military machine (if anything the military might be used to put an end to them). Just imagine if the expressions of pro-protester sentiment of the likes of Bill de Blasio and Kamala Harris were followed up by outside economic blockade and humanitarian bombs. Imagine that and you have Libya, Syria, Yugoslavia…

I feel sorry for the ordinary Americans caught in the middle of this, but at least they need not worry this will be seized on by a foreign liberal military hegemony to turn up the heat.

Whatever comes next at least Americans will have the luxury of resolving their domestic disturbance without foreingers picking out the winners or fanning the flames.

Citizens in Bellevue (Seattle suburb) are protecting their neighborhoods from rioters & looters. pic.twitter.com/s6UpMtdXfM 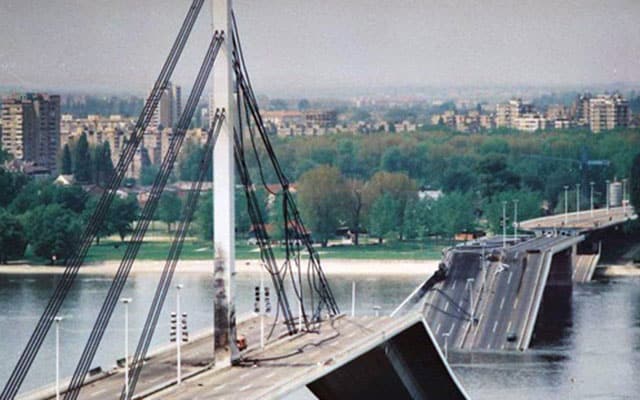 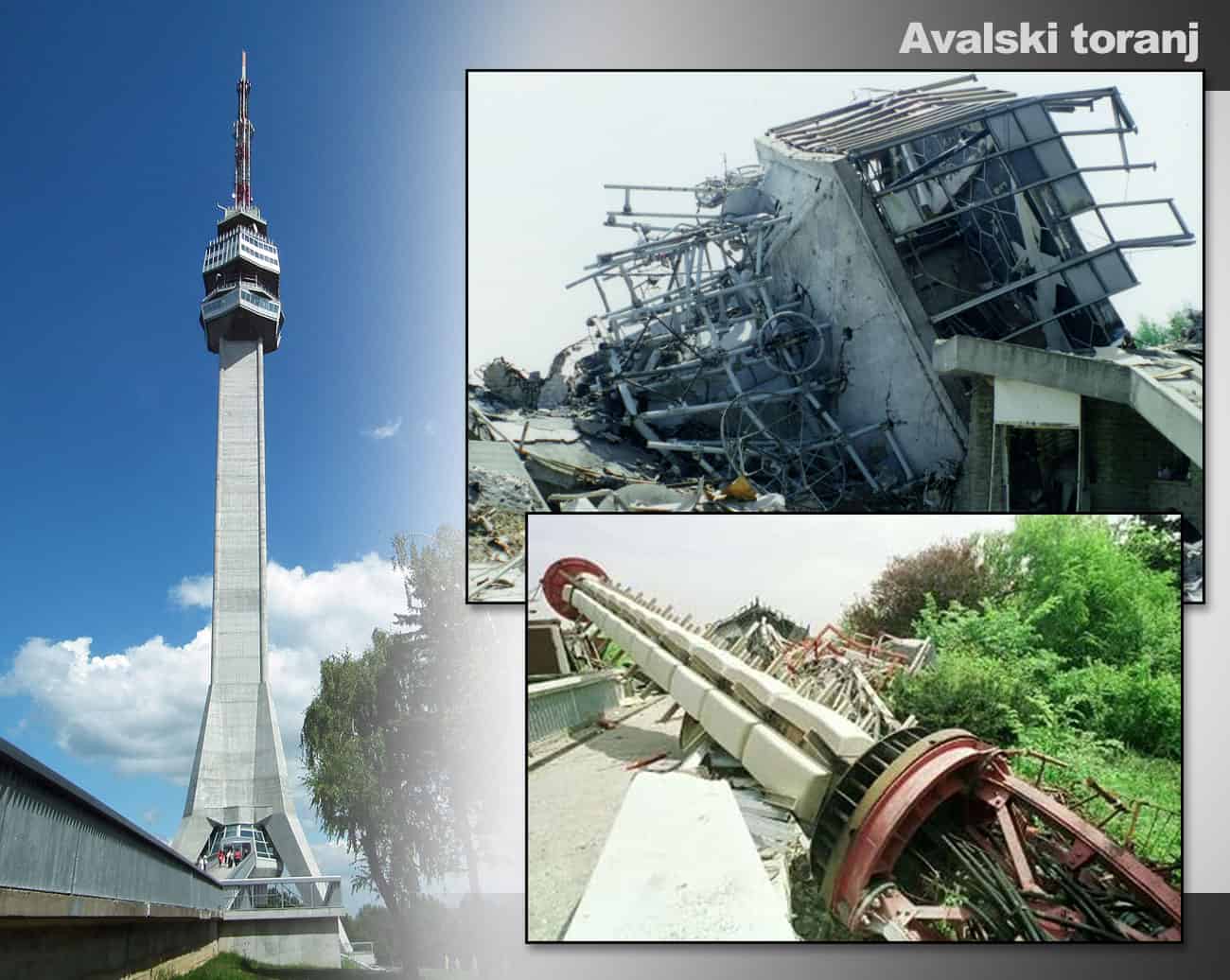 Highly Moral Nihilism
Thanks for subscribing! Any daily digest sent will come with an unsubscribe link in the footer.