Poland Gobbles up Gold, Plans to Bring It Home

Doubles its gold reserves in just over six months, wants to repatriate it from London 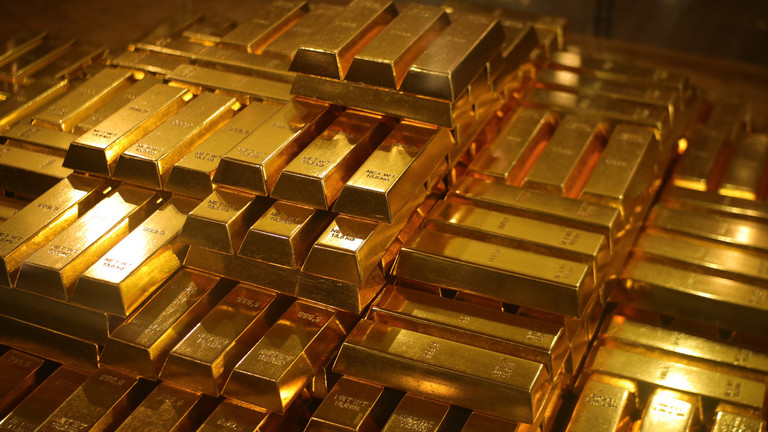 Poland has added 100 tons of gold to its reserves through the first half of this year and plans to move at least half of its hoard from England to National Bank of Poland vaults in Warsaw.

We’ve reported extensively on gold purchases by central banks, particularly China and Russia as those countries seek to diversify reserves and decrease their exposure to the US dollar. Just this week, China announced that it added another 10.3 tons of gold to its reserves in June. While many of the countries most aggressively buying gold have contentious relationships with the US, we’re seeing a growing number of “friendly” nations increasing their reserves as well.

Poland began accumulating gold last year when it added 7 tons of the yellow metal to its reserves in June and another 3 tons in August. At the time, it was the largest gold purchase by Poland since 1998, and it was the first EU country to add a significant amount of gold to its reserves since 1983.

According to a statement released by the National Bank of Poland, it bought another 15.7 tons through the final months of 2018 and 100 tons through the first half of this year. That brings the country’s total reserves to 228.6 tons.

The National Bank of Poland also announced, “Almost half of the Polish gold will be brought into the country and will be stored in the NBP’s vaults.”

So, why did Poland decide to significantly increase its gold hoard? In a nutshell, to shield itself from geopolitical risk. In its statement, the bank said:

Gold is the ‘most reserve’ of reserve assets: it diversifies the geopolitical risk and is a kind of anchor of trust, especially in times of tension and crises.”

As for its rationale for repatriating a large part of its gold holdings, the bank statement said it was a matter of long-term planning and to ensure it can maintain access to its reserves.

Central banks usually strive to diversify the storage locations of their gold resources, also in order to limit geopolitical risk, which could result, for example, in losing access to or restriction of the availability of gold resources held abroad. Due to a significant increase in our gold resources and taking into account the practice of other central banks, the NBP Management Board decided to transfer half of the current gold resources (around 100 tons) to the NBP vaults. The operation has already been communicated to our partners at the Bank of England and will be carried out in accordance with the schedule ensuring the security of this operation.”

NBP President Adam Glapiński said he was “proud” of the move.

We managed to increase the strategic reserves of gold and take steps to repatriate a large part of Polish gold to the country. By implementing our constitutional, statutory and simply patriotic commitment, we not only build the economic strength of the Polish state, but also create reserves that will safeguard its financial security. This is the global trend, but also the expectation of Polish society.”

A number of countries have repatriated some or all of their gold reserves over the last several years, most recently Hungary and Romania. In the summer of 2017, Germany completed a project to bring half of its gold reserves backinside its borders. The country moved some $31 billion worth of the yellow metal back to Germany from vaults in England, France and the US. In 2015, Australia announced a plan to bring half of its reserves home. The Netherlands and Belgium also launched repatriation programs. Even the state of Texas has put a plan in place to bring its gold within state borders.

Gold repatriation underscores the importance of holding physical gold where you can easily access it. Gold-backed exchange-traded funds (ETFs) and “paper gold” have their place. But true security and stability come from physical possession of precious metals. If you can’t hold it in your hand, you don’t really possess it. That’s exactly why these countries are bringing their gold home, safe within their own vaults.

A report by Bullion Star noted that “Although the official language in the press release is diplomatic, the NBP makes it clear that there is a real risk to holding its gold in London.” According to the report, England’s “brazen” confiscation of Venezuela’s gold may have increased unease about holding gold abroad.

Goodbye Petrodollar
Thanks for subscribing! Any daily digest sent will come with an unsubscribe link in the footer.