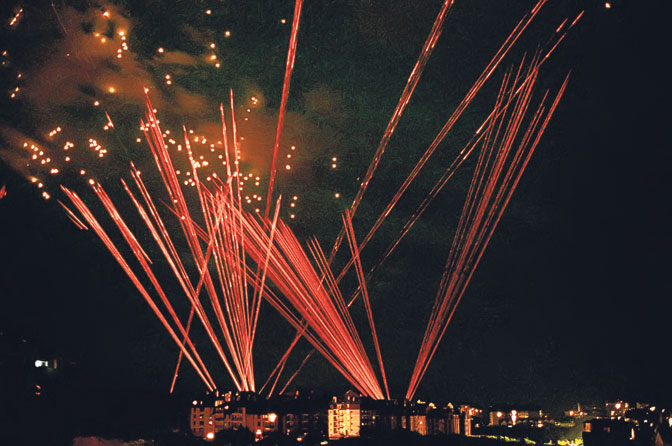 Twenty years ago US-led NATO bombed Yugoslavia because the Serbs allegedly executed 45 civilians in a village called Račak. Specifically the media coverage of the “massacre” built enough political capital for possible military intervention in the West that Belgrade was forced into talks in France to try to avoid that. There the US then at the last moment intentionally raised the bar so high as to scuttle any posibility of agreement and ensure it would indeed have the pretext to bomb the Serbs.

Mind you, in Račak, except for one woman, and one boy, the bodies were all of fighting-age males, and with bullet wounds from all sorts of directions which would indicate they were killed in a battle with the police not a massacre. But, never mind, let’s say those men really were killed in a massacre of civilians… Well, in the last four years the US and the UK have assisted the Saudis in killing tens of thousands of Yemeni civilians from the air (according to The Guardian majority of 60,000 direct civilian war deaths are from airstrikes) and another 85,000 children from maluntrition and disease via the naval blockade.

If 45 Albanians (43 of them fighting-age men) massacred by Serbs therefore meant that Serbs needed to be bombed, at what number of dead Yemenis — more than half of them infant children — means the US and the UK must likewise be bombed? Apparently it’s a number in excess of 100,000 because we’re well past that by now.

Personally I don’t believe in bombing nations for the crimes of their governments, but I am mystified by the absence of the humanitarian cruise missile brigade on this one. Where are the supposed bleeding hearts who needed Iraq, Sudan, Libya, Syria and others bombed to put an end to this or that atrocity, real, imagined, or exaggerated?

Shouldn’t Samantha Power, Christiane Amanpour and Hillary Clinton be on the phone right now demanding that Beijing or Moscow finally “take action” and “do something” and unleash missiles against the butchers of Yemen in Riyadh, London and Washington already?

Oh wait, I forgot. Humanitarian interventionism is the 21st century version of the White Man’s burden—it is a fire-and-forget civilizing lesson for the 2-minute attention span age administered by the civilizing West to the retrograde barbarians of Eastern Europe, Middle East and Africa.

The idea of Russian Slavs or Pseudo-Communist Orientals administering such a civilizing lesson to the West is therefore a contradiction in terms. To be humanitarian the missiles have to be fired by the west and fly in an eastward direction.