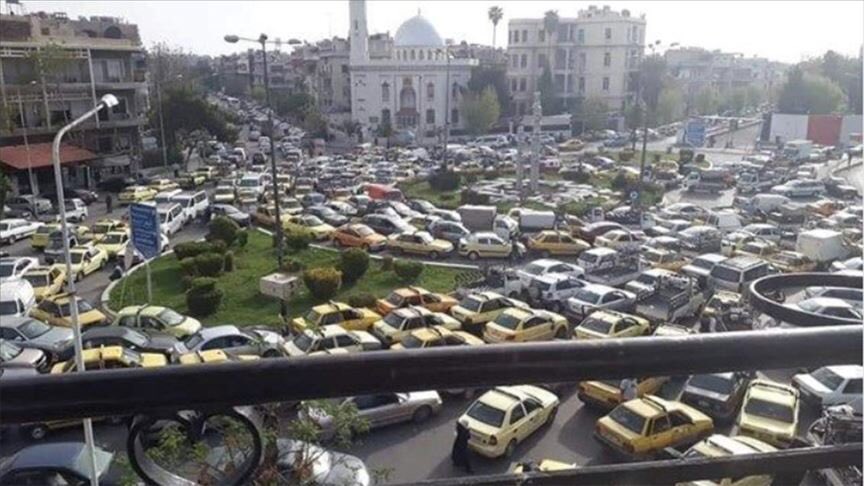 Syria produced 325,000-385,000 barrels of oil per day before the war. Now it produces 25,000. Partly because of war damage, and partly because the majority of its oil fields are to the east of the Euphrates and occupied by the US and its Syrian Kurdish proxies.  (The Kurds are happy to sell but the US won’t let them.)

It used to consume over 200,000 barrels of oil domestically, but that has gone down to 100,000 or less, with majority of that being shipments from Iran on a credit line that both nations understood was unlikely to ever be paid back in full.

Now the US has succeeded in cuting off that lifeline as well. It is blacklisting tankers which deliver the Iranian fuel and having Egypt block them from ever crossing the Suez.

#Syria: same situation in the Capital, #Damascus, with endless queues to get fuel. This #FuelCrisis is mostly due to #ISIS "inheritage", corruption & crippling sanctions. pic.twitter.com/1mRw6AMOsA

Hundreds of cars lined up at the fuel stations amid the ongoing fuel crisis in #Damascus #cancel_sanctions_on_syria ?? pic.twitter.com/NrYUosGGRc

This has caused a huge fuel crisis in government-controlled Syria with extreme rationing and cars lining up for miles in order to pump their allowed maximum of 20 liters every five days.

In Syria’s case the US really did “steal its oil”. It has forced an oil-producing nation into a fuel crisis. It has seperated Damascus from its oil fields (which BTW are in the ethnically Arab part of the country) and then cut its oil from abroad as well.