The Lack of Evidence Lockdowns Actually Worked Is a World Scandal

Lockdown WMD nowhere to be found after 3 billion (!) experienced occupation 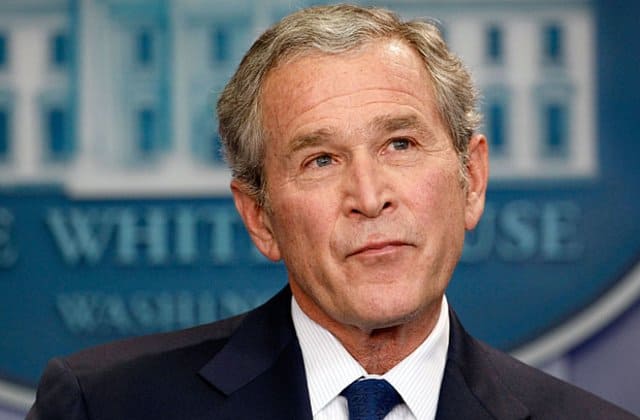 We have detonated the global economy to pursue a lockdown experiment that may not have worked, according to the latest evidence. This diabolical revelation should be a world scandal. It should also be a sobering moment of enlightenment for Britain, as we seek to salvage our economy while learning lessons on how to better protect the vulnerable. Instead the Covid narrative becomes ever more surreal.

The broadcast media is more interested in scalping lockdown flouters than questioning whether shutdowns have served any useful purpose. World-class studies that suggest lockdown did not alter the pandemic’s course are mysteriously vanishing into internet obscurity on first contact with the official narrative. Our greatest minds have resorted to unpicking the issue on offbeat YouTube webinars. No global NGO or lockdown country has launched an investigation into their impact.

This is a scandal so overwhelming that there is only one good place to start: the evidence as it stands. In accordance with pro-lockdown theory, if stay at home orders worked, you might have expected to see daily deaths spike 3-4 weeks after such measures were implemented. (Studies estimate Covid has a symptom-free incubation period of rougly five days, and fatalities typically die 2-3 weeks after showing symptoms.) But, in Britain, infections may have peaked a week before lockdown, according to Prof Carl Heneghan of Oxford University, with daily deaths in hospitals plateauing a fortnight after it was introduced.

We are not an anomaly: peak dates across Europe also seem to confound the official theory.

Don’t just take my word for it. A University of the East Anglia study posits that Europe’s “stay-at-home policies” were not effective. A JP Morgan investigation suggests the virus “likely has its own dynamics” which are “unrelated to often inconsistent lockdown measures”. But such insights have failed to induce even the vaguest quiver of serious mainstream debate.

Nobel prize-winning mathematician Michael Levitt has fared little better, despite his valiant one-man effort to expose the inconvenient truth about Covid numbers. He has claimed, sensationally, that the modelling that justified lockdown made the fatally incorrect assumption that Covid-19’s spread is continuously exponential. In fact, his research has found an uncanny pattern across numerous countries whereby the virus grows exponentially for two weeks, before slowing seemingly irrespective of lockdown and social distancing measures.

In a more sensible world, such findings might stir thoughtful debate about whether Covid was burning out naturally before lockdowns began. It might also prompt a global effort to put other pieces of the puzzle together – for example, establishing whether there is a correlation between countries with high death rates and countries that failed to protect care homes. (They make up half of fatalities in Belgium, which has suffered the worst Covid death toll per capita).

But as the holes in Project Lockdown multiply, its advocates flap incoherently to keep their theory afloat. Not least in Britain, where the goal of lockdown lurches from “flattening the curve” to staving off a “second wave” – to, apparently, averting the first wave’s “second peak”. But if the UK’s hunger for second wave speculation has proved insatiable, the raw data is disappointingly bland: with countries across Asia, Europe and beyond opening up, the only countries experiencing material second waves are… Iran and Djibouti, where data lacks reliability to say the least.

The poorest look set to pay the highest price for lockdown hysteria: while half of people on £10 per hour face the sack, deprived areas in the North are predicted to be the worst hit by soaring joblessness. Meanwhile, in Italy, industrial jobs collapse and Spain’s endemic poverty spirals into an existential calamity.

Such too is the tragic arc of Covid-19’s story in the global south, where following in the West’s footsteps could yet ravage the vulnerable. Take Brazil. Western media’s relentless narrative that the country is gripped by an unprecedented coronavirus catastrophe because President Bolsonaro has been belligerently sceptical of lockdown is misleading. In fact, with deaths per million still five times lower than in Britain, and an economy weeks from total collapse, there is perhaps time yet for the West to lead a humanitarian effort to help Brazil and other Latin American countries.

We should be doing everything we can to help them isolate their vulnerable, placing them in Covid-free facilities if necessary, while the healthy carry on. Instead the WHO, in its disgraceful 25 May press conference, effectively sold poorer countries a defeatist half-truth: in the absence of “tremendous capacities” for measures like track and trace, their only hope is full-scale lockdown.

Which brings us to the central reality of this crisis, almost too horrific to consider: that the truth will out when it’s all too late. Is that now really the best we can hope for?