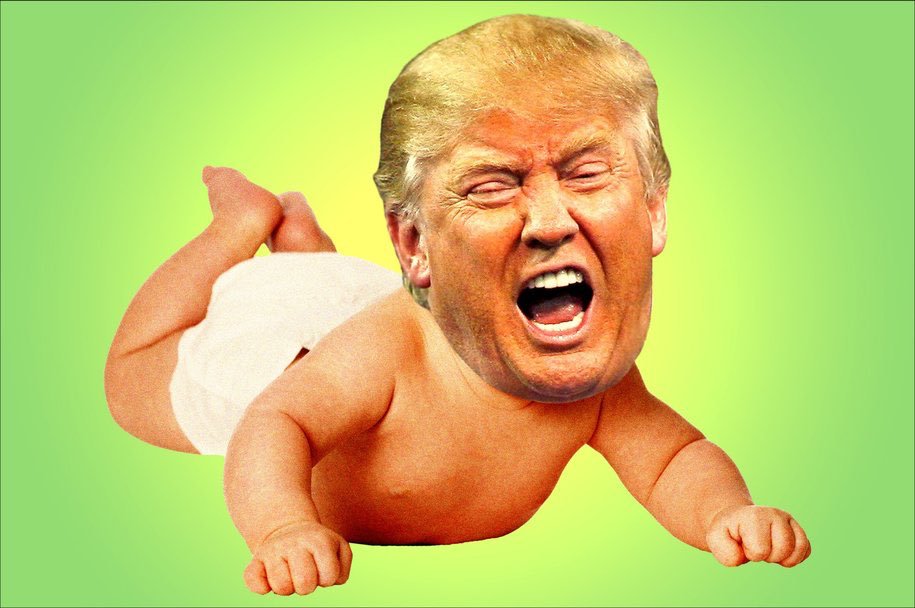 President Trump continued to distract the public from volatile markets, slowing economic growth and the burgeoning trade war on Wednesday by defending his decision to postpone a state visit to Denmark, the Hill reports.

Trump accused Denmark’s prime minister of making a “nasty and inappropriate” statement by refusing to even discuss his desire to purchase Greenland, a self-governing Danish territory.

I promise not to do this to Greenland! pic.twitter.com/03DdyVU6HA

Danish Prime Minister Mette Frederiksen criticized Trump on Tuesday over his interested in purchasing Greenland by denouncing the idea as “absurd.”

“Greenland is not Danish. Greenland is Greenlandic. I persistently hope that this is not something that is seriously meant,” Frederiksen told reporters.

Apparently, Trump insists he was being serious when he brought up the possibility of the US buying Greenland. The US military already has a large presence in Greenland, and the Pentagon has raised the idea of buying the island before, to help create a buffer against the Chinese military. The idea, as Trump noted, dates all the way back to President Harry Truman.

“I thought it was a very not nice way of saying something. They could have told me no,” Trump told a group of reporters at the White House before departing for a speech at the AMVETS convention in Kentucky. “All they had to say was ‘we’d rather not do that,'” he added. “Don’t say, ‘what an absurd idea that is.'”

However, Trump insisted that he loves Denmark, and despite “blowing off” the US, and added that he would reschedule the visit for some day in the not-too-distant future.

“Frankly, we’ll do it another time,” Trump said.

The president’s remarks follow a string of tweets sent Tuesday evening where Trump said he’d be postponing his visit to Denmark.

Denmark is a very special country with incredible people, but based on Prime Minister Mette Frederiksen’s comments, that she would have no interest in discussing the purchase of Greenland, I will be postponing our meeting scheduled in two weeks for another time….

….The Prime Minister was able to save a great deal of expense and effort for both the United States and Denmark by being so direct. I thank her for that and look forward to rescheduling sometime in the future!

And after his complaints to the press corps, Trump returned to Twitter to bash Denmark for its stinginess over its NATO contribution.

For the record, Denmark is only at 1.35% of GDP for NATO spending. They are a wealthy country and should be at 2%. We protect Europe and yet, only 8 of the 28 NATO countries are at the 2% mark. The United States is at a much, much higher level than that….

….Because of me, these countries have agreed to pay ONE HUNDRED BILLION DOLLARS more – but still way short of what they should pay for the incredible military protection provided. Sorry!

Here’s video of the press scrum.

Pres. Trump defends his decision to cancel his Denmark trip after the prime minister called his idea to purchase Greenland “absurd."

Adventures in Trumpia
Thanks for subscribing! Any daily digest sent will come with an unsubscribe link in the footer.