Michael Flynn who at one time was considered Trump’s likely VP pick had an opinion piece recently for the DC-based the Hill. The title? Our Ally Turkey Is in Crisis and Needs Our Support.

That may raise an eyebrow or two considering Flynn says he was fired as chief of US military intelligence (Defense Intelligence Agency) because he took combating Islamist extremism more seriously than Obama administration would have liked.

Turkey of course has been even more willing to boost radical Islamists groups than Washington itself. Ankara is lavishly funding Syrian rebels including al-Qaeda, has in the past turned a blind eye to ISIS fundraising and smuggling activities and has poured troops into northern Syria in support of the likes of Ahrar al-Sham.

If Flynn was butting heads with Obama’s people over Islamists why pen a love letter to an actual radical-friendly Islamist?

The answer: he has been hired to:

The gist of Flynn’s article is that US should extradite Fethullah Gülen, an exiled Turkish Islamist whom Erdogan has accused of being the mastermind of the attempted July coup, in order to repair relations with Turkey. Flynn is right that Gülen is no moderate as he falsely presents himself, but that makes his whitewashing of Gülen’s erstwhile ally Erdogan all the more galling:

Turkey is really our strongest ally against the Islamic State in Iraq and Syria (ISIS), as well as a source of stability in the region.

It provides badly needed cooperation with U.S. military operations. But the Obama administration is keeping Erdoğan’s government at arm’s length — an unwise policy that threatens our long-standing alliance.

Erdogan’s Turkey is in fact is a major force for chaos in the region. It has

Ankara commands a powerful military indeed but its use as an ally against ISIS is very limited since Erdogan has only very mild (and only recently developed) interest in rolling back the caliphate. At the same time accommodating Turkey necessarily complicates relations with Syrian Kurds who have served as the “boots on the ground” for America’s war against ISIS in Syria so far. 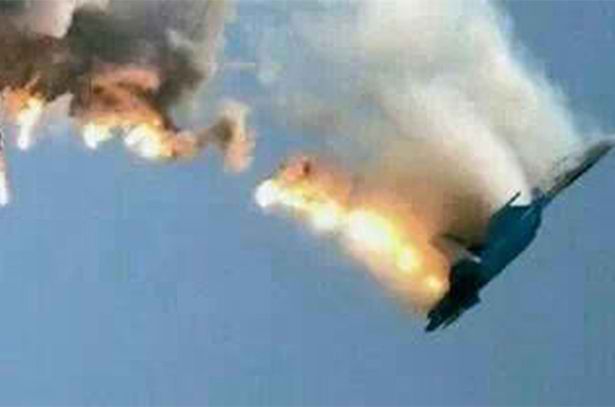 The ex-CIA and DIA veteran Philip Giraldi has a far better assessment of Turkey:

The White House should recognize that Turkey has become a destabilizing force in the Near East. Its past collusion with—and arming of—terrorist groups like ISIS reveals that it is not unwilling to play a double game against its nominal allies.

Its implacable hostility toward all things Kurdish affects the internal stability of nearly all of its neighbors and even diminishes Washington’s ability to deal with ISIS.

Its increasingly assertive nationalism, which is beginning to define itself as irredentism—backed by what is still, after the purge of thousands of personnel, the most powerful military in the region—could easily morph into a series of local conflicts as Ankara seeks to realign its borders.

If Turkey continues to remain in NATO, and if the U.S. persists in being closely tied to it logistically, the eventual consequences could be grave, with Washington again drawn into a Middle East quagmire by virtue of a war that it is neither prepared for nor seeking to fight.

Get too close to Erdogan — and you risk getting sucked up into his quagmires, as well as stabbed in the back. Yet here we have a self-proclaimed arch anti-Islamist…carrying water for an old benefactor of ISIS.