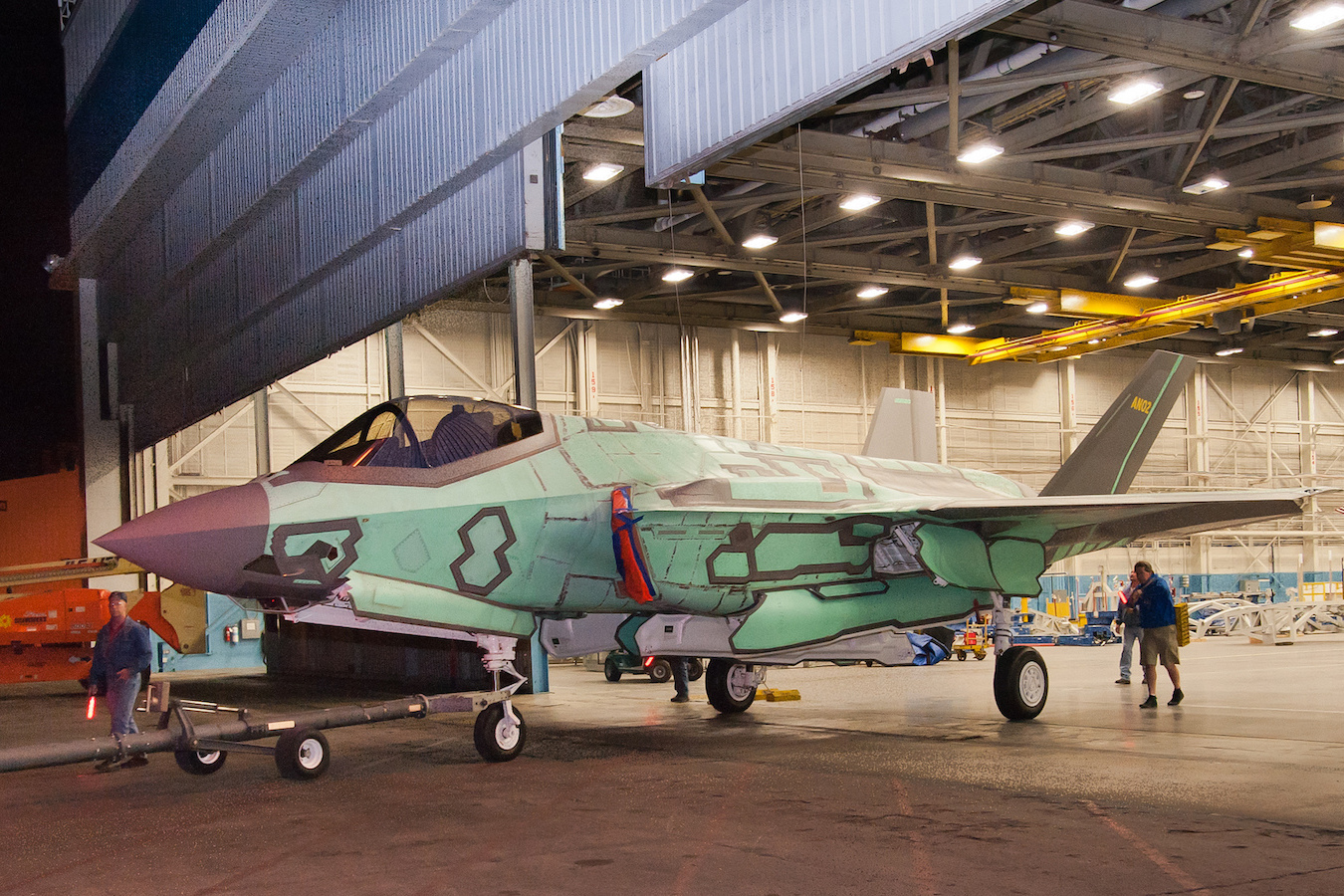 Editor’s note: The US is unilateraly breaking an agreement here once again, the F-35 contract didn’t say anything about participants not being allowed to source their air defenses from Russia. Moreover Turkey isn’t just a buyer of the F-35, but a joint producer and a shareholder, and contributed money to develop the plane. Nonetheless the US will now deny it what Turkey has every right to. Very short-sighted of the US, in the future allies will think twice before they sign up for ostensibly “joint” weapons programs.

The United States has halted delivery of equipment related to the stealthy F-35 fighter aircraft to Turkey, marking the first concrete U.S. step to block delivery of the jet to the NATO ally in light of Ankara’s planned purchase of a Russian missile defense system.

U.S. officials told their Turkish counterparts they will not receive further shipments of F-35 related equipment needed to prepare for the arrival of the stealthy jet, two sources familiar with the situation told Reuters on Monday.

The Pentagon confirmed the Reuters report that the equipment delivery had been stopped.

“Pending an unequivocal Turkish decision to forgo delivery of the S-400, deliveries and activities associated with the stand-up of Turkey’s F-35 operational capability have been suspended,” Air Force Lieutenant Colonel Mike Andrews, a Defense Department spokesman, said in a statement.

Turkish President Tayyip Erdogan has refused to back down from Ankara’s planned purchase of a Russian S-400 missile defense system that the United States has said would compromise the security of F-35 aircraft.

The disagreement over the F-35 is the latest of a series of diplomatic disputes between the United States and Turkey including Turkish demands that the United States extradite Islamic cleric Fethullah Gulen, differences over Middle East policy and the war in Syria, and sanctions on Iran.

The sources, who spoke on condition of anonymity, told Reuters the next shipment of training equipment, and all subsequent shipments of F-35 related material, had been canceled. The aircraft is built by Lockheed Martin Corp.

Turkish officials in Ankara were not immediately available for comment. Turkey has said it will take delivery of the S-400s in July.

The U.S. decision on the F-35s was expected to complicate Turkish Foreign Minister Mevlut Cavusoglu’s visit to Washington this week for a NATO summit. On Sunday, Erdogan suffered one of his biggest electoral losses in decades in local elections.

“Certain Russian weapon systems are seen as inherently threatening to the United States regardless of who is operating them and for what purpose,” Andrew Hunter, a fellow at the Center for Strategic and International Studies, said.

“Because Turkey is not just an F-35 purchaser, but an industrial partner, blocking delivery of these systems represents a major escalation by the United States as it threatens to impose serious costs on both sides,” Hunter said.

Reuters reported last week that Washington was exploring whether it could remove Turkey from production of the F-35. Turkey makes parts of the fuselage, landing gear and cockpit displays. Sources familiar with the F-35’s intricate worldwide production process and U.S. thinking on the issue last week said Turkey’s role can be replaced.

The United States and other NATO allies that own F-35s fear the radar on the Russian S-400 missile system will learn how to spot and track the jet, making it less able to evade Russian weapons.

In an attempt to persuade Turkey to drop its plans to buy the S-400, the United States offered the pricier American-made Patriot anti-missile system in a discounted deal that expired at the end of March. Turkey has shown interest in the Patriot system, but not at the expense of abandoning the S-400.

Turkey has engaged with U.S. negotiators in recent days about buying the Patriot system, a person familiar with the matter said on condition of anonymity. The system is made by Raytheon Co.

Turkish Defense Minister Hulusi Akar in March said that despite some issues, Turkish pilots were continuing their training at an air base in Arizona on the F-35, each of which costs $90 million, and that Ankara was expecting the aircraft to arrive in Turkey in November.

By halting jet deliveries, the Pentagon could subsequently delay training of Turkish pilots. Two additional jets are scheduled to arrive in Arizona in April and a significant delay could impact Turkey’s November target date for operations.

U.S. lawmakers also have expressed alarm over Turkey’s planned purchase of the Russian system. Four U.S. senators last week introduced a bipartisan bill that would prohibit the transfer of F-35s to Turkey until the U.S. government certifies that Ankara will not take delivery of the S-400 system.

Following news of the halt, U.S. Senator Jeanne Shaheen, one of the bill sponsors, said she was glad to hear the administration was “to delay the transfer of F-35 equipment to Turkey to help ensure U.S. military technology and capabilities cannot fall into the hands of the Kremlin.”