The US and UK naval group leaves the Barents Sea Friday evening after five days in waters where Russia’s Northern Fleet normally exercises. The voyage marks a new age with U.S. Navy surface warships sailing in the north.

The U.S. 6th Fleet Public Affairs office at the headquarters in Naples, Italy, confirms in a phone interview with the Barents Observer that the group of warships is now sailing west into the Norwegian Sea.

This was the first time since the 1980s warships with American flags have sailed the Barents Sea. Most likely, they will come back. 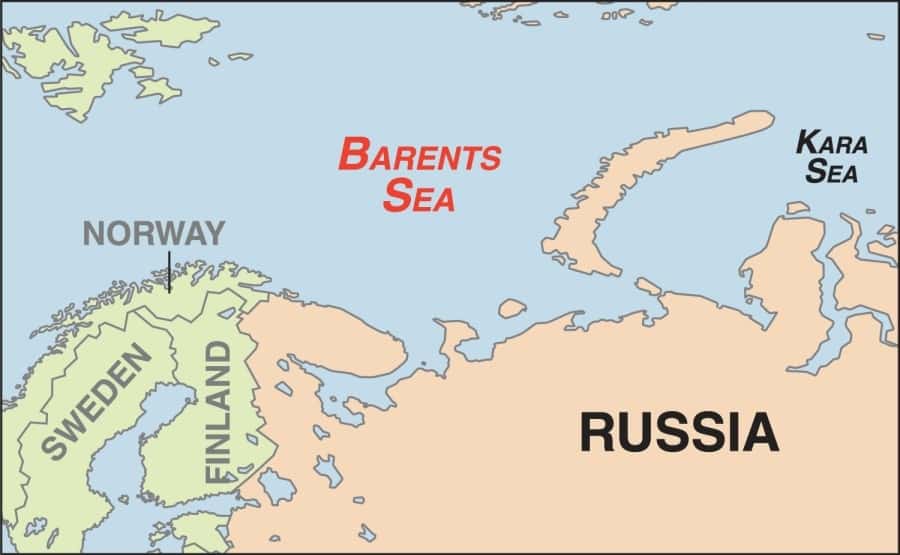 “We will see the U.S. Navy more regularly sailing in the north, this is the new normal,” says defence analyst Per Erik Solli. He explains there are two main reasons for what now happens.

“Marking the principals of freedom of navigation in the global commons is core for the U.S. Navy. The Barents Sea is mainly international waters,” Solli says.

Secondly, he highlights, the importance of how Russia’s new cruise- and ballistic missiles with longer range and better performance makes it necessary for NATO forces to challenge the Northern Fleet further north in case of an escalating global conflict.

Per Erik Solli is now an advisor for the Nord University in Bodø, previously for the Norwegian Institute of International Affairs.

In late March, a study made by the RAND Corporation for the Norwegian Ministry of Defence, outlined how Russian surface vessels and submarines armed with Kalibr and other modern cruise missiles, once deployed beyond the Bear Gap, will pose an increased threat to NATO activities in the North Atlantic.

The Bear Gap forms the line between the rather shallow Barents Sea and the deeper Norwegian Sea, from North Cape via the Bear Island to the southern tip of Spitsbergen in the Norwegian Arctic. 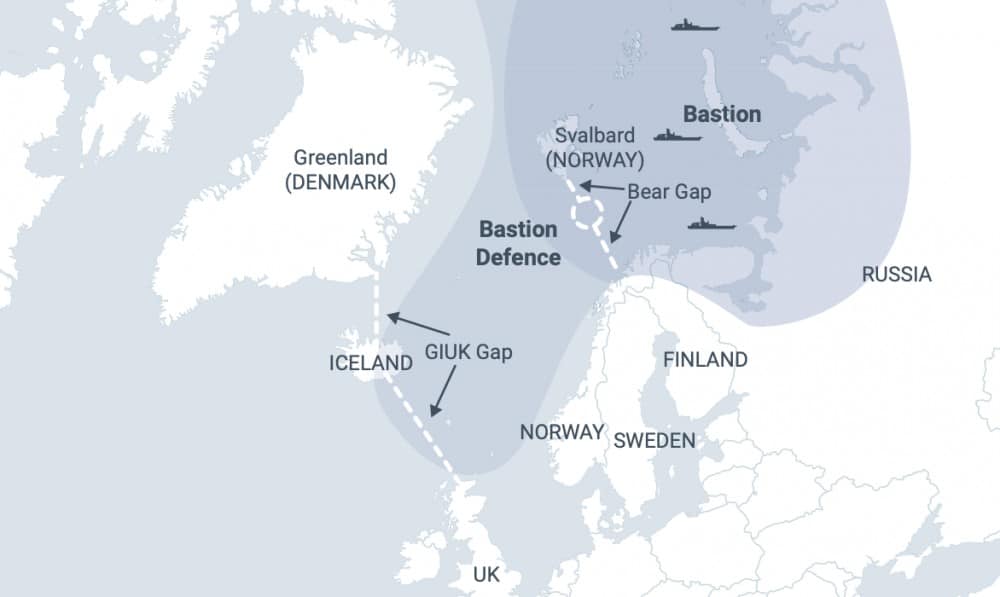 Russian warships and submarines have several times the last two years exercised off the coast of Nordland in the Norwegian Sea. Not even during the Cold War days did the Soviet Northern Fleet conducted live shooting exercises west of North Cape, but for the most stayed in the eastern sector of the Barents Sea.

By securing the bastion defense, Russia can threaten NATO forces with area denial for the northernmost parts of the North-Atlantic and thus make ballistic missiles submarines of the Northern Fleet a reliable nuclear deterrance.

“The Arctic is an important region and our naval forces operate there, including the Barents Sea, to ensure the security of commerce and demonstrate freedom of navigation in that complex environment,” said Adm. James G. Foggo III, commander, Naval Forces Europe and Africa.

“Our operations with the U.K. demonstrate the strength, flexibility, and commitment of the NATO Alliance to freedom of navigation throughout the Arctic and all European waters, “Admiral Foggo says.

As the Arctic continues to become more accessible to maritime traffic, naval proficiency in the region is critical to regional security, global commerce, and American national interests. The SAG’s operations provided the opportunity for Sailors to demonstrate their readiness for sustained Arctic operations in the unique and challenging environment.

“It was great to be operating in the Barents Sea again,” said Capt. Joseph A. Gagliano, commodore, Combined Task Force 65, commander, Destroyer Squadron 60. “This is what it means to be a global Navy, sailing wherever international law allows. And it is even better that we returned with the Royal Navy by our side,”

Russia’s Ministry of Defence was informed by the U.S. Navy about this week’s sailing in the Barents Sea. The Ministry said in a short statement its Northern Fleet had started to “monitor the actions of the NATO naval strike group,” the Barents Observer quoted.

The Northern Fleet is out in the Barents Sea with surface ships from both Polyarny and Severomorsk naval bases and has followed the U.S. and UK warships with planes.

No incidents were reported.

“All interactions with the Russian Navy have been safe and professional,” Lieutenant commander Matthew Comer with the U.S. 6th Fleet told to the Barents Observer.

Per Erik Solli sees the U.S. Navy voyage this May as a natural follow-up of other voyages to the northern areas over the last three years.

In 2019, he adds, the USS Donald Cook sailed together with other surface ships USS Normandy and USS Faragut north in the Norwegian Sea.

“We have also seen American aircraft flying over northern waters to mark freedom of navigation in recent years.

Last year, three B-52 strategic bombers were in the skies over the eastern part of the Barents Sea in a flight pattern not seen since the end of the Cold War. Also American B-2 bombers have been outside the coasts of Norway and Iceland, last time in March this year.

Defence analyst Solli says it is unlikely we will see any American naval ships sailing along the Northern Sea Route between the Barents Sea and the Pacific Arctic region.

“There were talks in the United States a year ago about sailing a surface navy ship together with the US Coast Guard icebreaker in the Arctic Ocean, perhaps even in the Northern Sea Route” Solli says.

“That would without doubts had provoked a reaction from the Russians.”

But, as Solli notes, there were several concerns voiced by American experts. If any problems should happen with the ships, for example the over 40-year-old US icebreaker, the Americans would have to request rescue assistance from the Russians.

“That would be a major loss of face for the Americans and give the Russian press and information service an all time high scoop.” 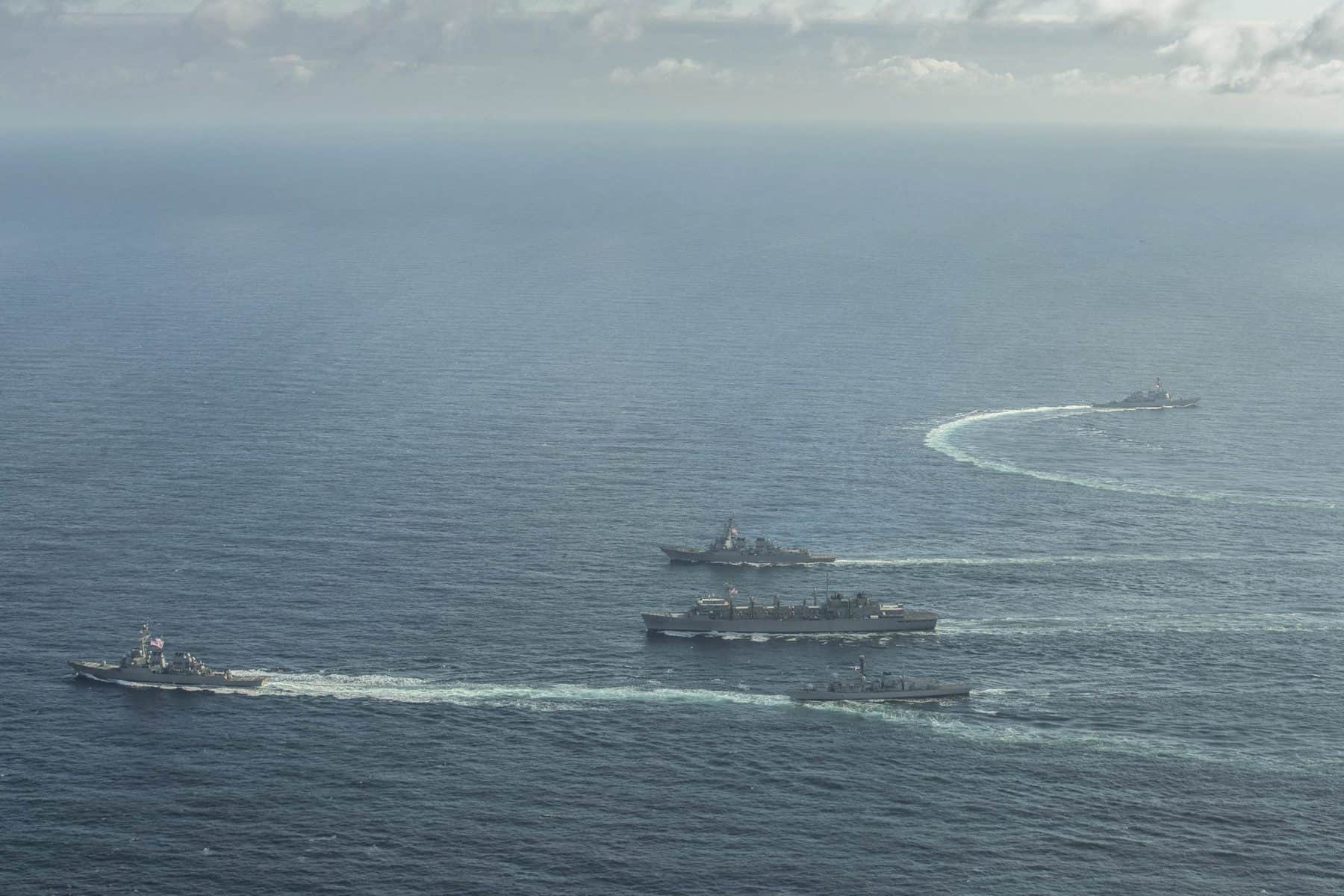 Meanwhile, the Americans concentrate on sailing the ice-free waters of the Barents Sea.

“These Arctic operations in the Barents Sea demonstrate the ability of our crews to execute every mission in any maritime environment,” said Cmdr. Craig Trent, commanding officer of USS Porter (DDG 78) and surface action group commander (SAG).He added:

“Our steady exercises, operations and presence in waters surrounding Europe and Africa have prepared our ships to work seamlessly with each other and our allies to provide maritime security.”