A new Pentagon missile defense system is running at least two years behind schedule, delaying a project in Poland intended to intercept potential attacks on Europe by Iran, and the Missile Defense Agency blames the flawed performance of a key contractor.

A U.S.-based unit of John Wood Group has lost all but $300,000 of $12 million in performance awards it could have earned on a $186 million contract with the Army Corps of Engineers, according to the Pentagon. The delay has forced the Defense Department to seek an extra $90 million to complete the project.

The Aegis Ashore system located at a military base in northern Poland, near the Baltic coast, was supposed to be operational by last December — capable of detecting and intercepting intermediate-range Iranian missiles even though it might initially lack all the necessary crew housing and facilities. 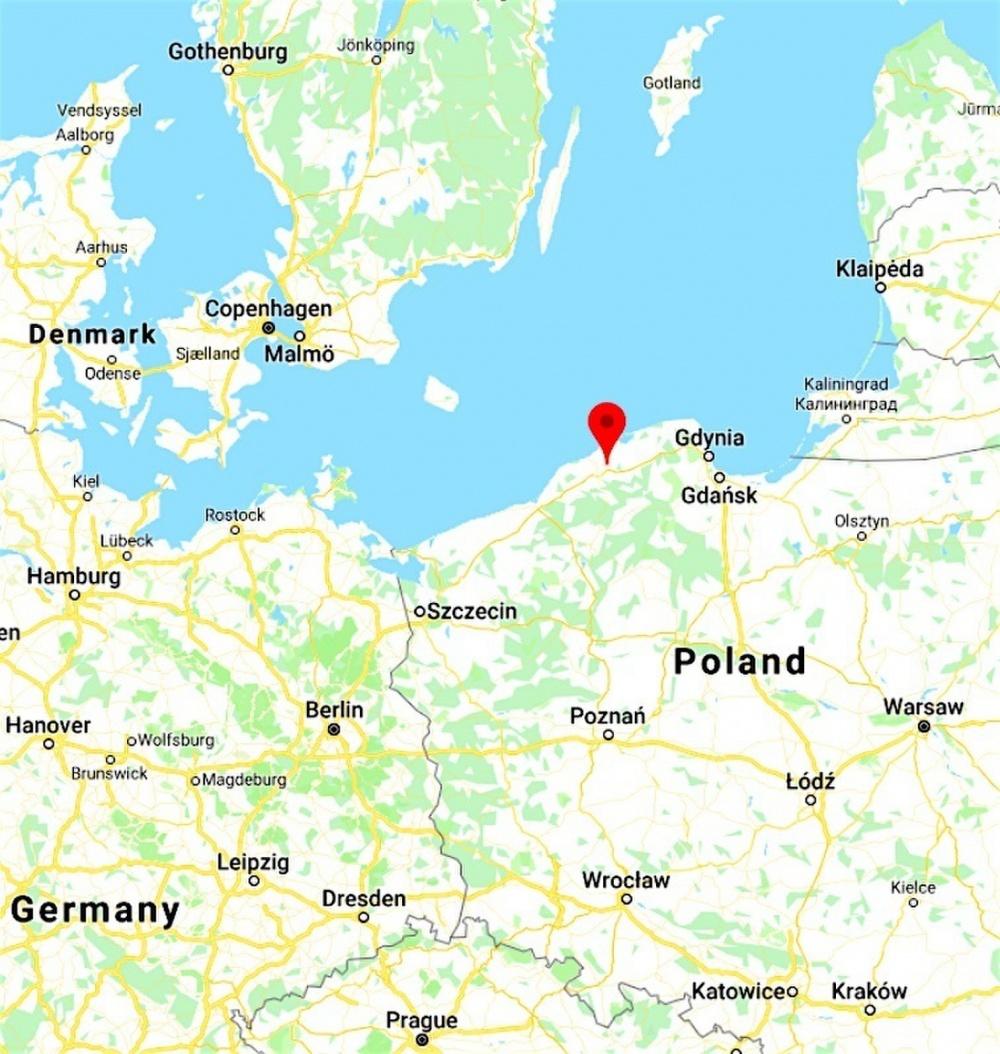 Yupp, that’s where I would put an “anti-Iranian” anti-missile base

The U.S. has said the system is aimed at protecting more of Europe from potential Iranian ballistic missiles, not Russian intercontinental ballistic weapons. But Russia vigorously objected when the project was started in 2016 in Poland, a former satellite of the Soviet Union.

The delay is a setback to the Trump administration as it seeks to bolster military-to-military relations with Poland, a 20-year member of the North Atlantic Treaty Organization.

While Trump regularly tears into NATO allies for not providing enough funds toward their own defense, his administration has held up Poland as an example for meeting the goal of spending 2% of its gross domestic product for military and security purposes.

Aegis Ashore is a land-based version of the Aegis air defense system on U.S. warships, with a deckhouse for the SPY-1 radar and a battery of the latest model SM-3 missiles.

“It would be accurate to say that the capability” for the system in Poland is “running at approximately two years behind schedule,” Mark Wright, a spokesman for the Missile Defense Agency, said in an email. Wright didn’t dispute that the delay may worsen after results of a new “detailed assessment” at the base in Redzikowo, Poland, “on a space-by-space and system-by-system basis.”

The review will determine by February “the way forward in terms of risk to the schedule” even as the overall progress “continues daily in a slow but steady manner,” Wright said. About 15% of construction remains to be completed, followed by a “lengthy installation and test” period, he said.

Eamonn Collins, a spokesman for John Wood Group, said the contractor based in Aberdeen, Scotland, “is committed to completing this complex project as quickly and as safely as possible. We continue to work closely with our customer, the United States Army Corps of Engineers, and other parties, and collectively we’re making progress on achieving this goal.” 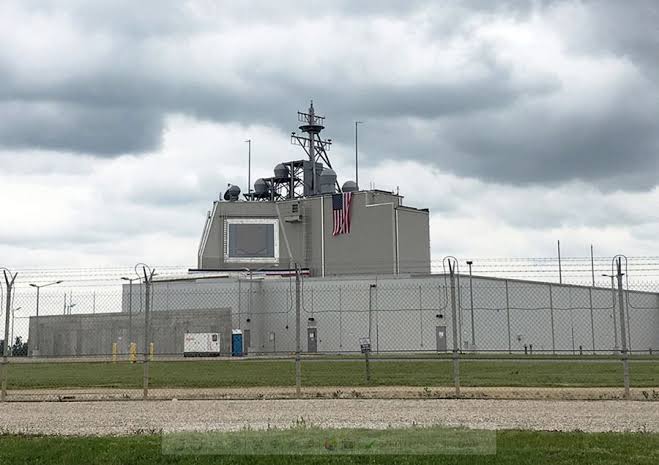 How about “defending” Europe from secondary sanctions it would be hit with if it starts doing business with Persia?

At a groundbreaking ceremony in May 2016, Robert Work, who was deputy defense secretary, called the Poland site “a U.S. contribution to NATO missile defense.” He said that “when completed in 2018 it will be capable of defending the central and northern arc of NATO.”

Once it’s complete, the system in Poland will provide overlapping coverage of Europe in coordination with an Aegis Ashore site that’s already in operation in Romania.

For now, though, the delay “results in a smaller area of Europe able to be provided with warning and protection from Iranian medium and intermediate-range ballistic missiles, particularly the northern and eastern NATO countries,” [And why would Iran want to hit northern and particularly eastern European countries, and with what?] said Retired Army Lieutenant General Thomas Spoehr, director of the Heritage Foundation’s Center for National Defense.

On the plus side, the delays provide the Missile Defense Agency “with an opportunity to add tests to fully assess the system’s capabilities,” Cristina Chaplain, a director with the Government Accountability Office who monitors missile defense, said via email. “Decisions were made earlier in the program to reduce testing planned by 80% in order to field the capability quickly.”

The Defense Intelligence Agency said in a new assessment that Iran has “the largest missile force in the Middle East,” with “a substantial inventory” of close-range, short-range and medium-range missiles.” [Ie it has nothing farther reaching than a medium-range.]

While “Iran lacks intermediate-range ballistic missiles” and ICBMs, the agency said, “Tehran’s desire to have a strategic counter to the U.S. could drive it to develop and eventually field” an intercontinental missile. [Ie, even DoD is not claiming Iran is developing anything farther reaching than a medium-range.] 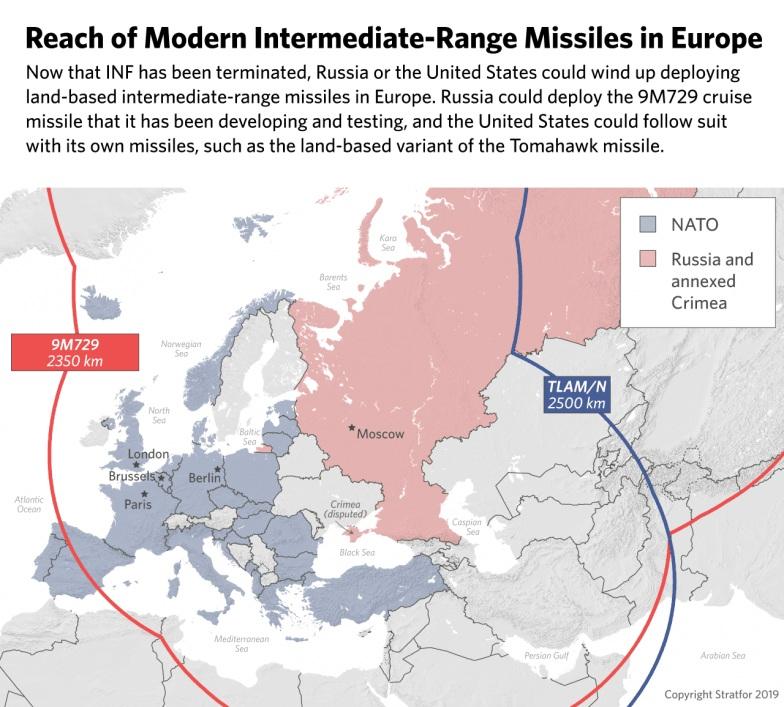 Guess who does have ship-based intermediate missiles and will soon have land-based ones as well?

The John Wood Group has forecast that the project in Poland will be a money-losing venture. In its 2018 annual report, the company said management’s “latest estimate is that the loss at completion will be $100 million, representing the cost to complete less estimated revenue to be earned.”

In addition to missing out on award fees, the company has been assessed liquidated damages of increasing amounts since 2017 and progress payments have been withheld, according to the Corps of Engineers.

The company’s Georgia-based Amec Programs Inc., which it acquired in 2017, “has been struggling with logistics, procurement of materials, engineering requirements, resource management. changes in management staff and turnover among subcontractors,” the Missile Defense Agency said in a statement.