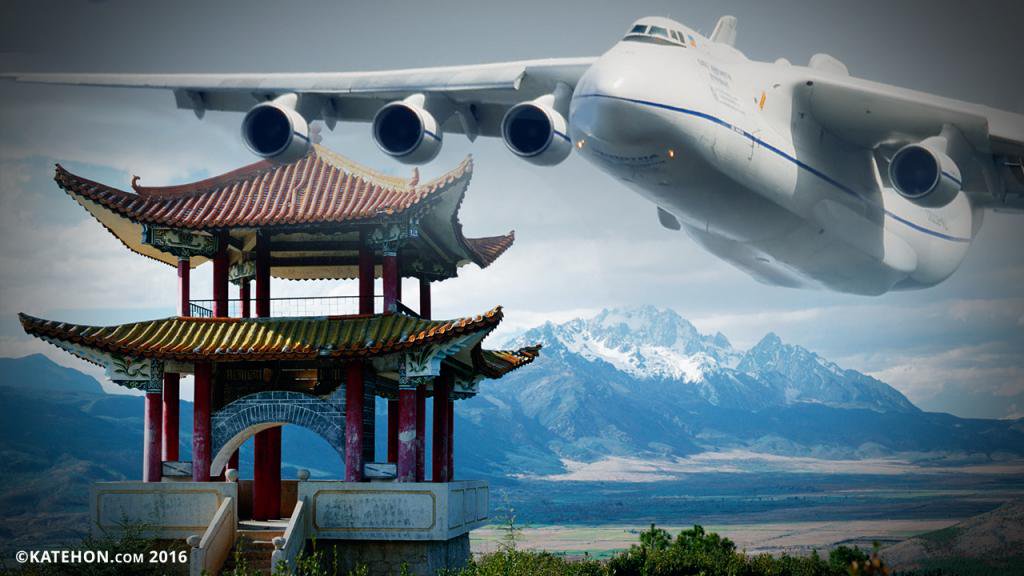 Ukrainians have watched nervously over the past couple weeks as a parade of professional United States diplomats and security officials have extolled Ukraine as a vital U.S. ally, one whose security was imperiled by President Donald Trump’s alleged withholding of aid in return for personal political favors.

The political spotlight has been unwelcome for Ukrainians. Most say they appreciate American backing, and wouldn’t want to say anything to jinx that. Otherwise, it’s almost impossible to get Ukrainian analysts to comment on the hearings in Washington.

But there is another critical challenge to Ukraine’s hopes of integrating with the West that Ukrainian commentators have a good deal to say about. Yet it has gone largely unnoticed, even as Ukraine becomes a prime topic of conversation in the U.S.

It is the rapid economic penetration of China – not the West – to fill the vacuum left behind after Ukraine slashed most of its strategic economic cooperation with Russia five years ago, which threatens to alter Ukraine’s Westward-leaning geopolitical calculus.

According to the National Bank of Ukraine, China this year surpassed Ukrainian neighbors Russia and Poland to become the country’s single largest trading partner. China is currently planning to invest up to $7 billion in Ukrainian infrastructure, including ports like the struggling Sea of Azov outlet of Mariupol, roads, rapid trains, and the Kyiv metro. This year Ukraine became the largest supplier of corn to China, replacing U.S. corn exports that were disrupted by Mr. Trump’s U.S.-China trade war.

But it is the possibility that the crown jewels of Ukraine’s former-Soviet military industry may fall into Chinese hands that has belatedly set a few alarm bells ringing in the U.S. Ukraine’s legendary aviation company Antonov, helicopter and jet engine-builder Motor Sich, and about 400 other military-industrial units, some with sensitive technology, have languished since the cut-off of strategic economic relations with Russia and are in danger of suffocating without fresh investment and new markets.

“Chinese investment has become important for Ukraine because, frankly, there is no other investment to speak of,” says Vadim Karasyov, director of the independent Institute of Global Strategies in Kyiv. “Nobody else is interested in our industries. Russia has launched an aggressive program of import substitution to replace former Ukrainian goods, and regards Ukraine as an unreliable partner now. The U.S. and other Western countries have their own military industries, and aren’t interested in helping us preserve our own. It’s only the Chinese who need our engine know-how and other technologies.

“It’s a real problem for Ukraine. If we want to join NATO, then the countries of NATO should be helping us to integrate our military industries into the Euro-Atlantic system. They have certainly made it clear they don’t like the idea of selling shares in these industries to China. But who are we supposed to sell them to?”

Kyiv-based Antonov, the former giant of the Soviet aircraft industry, has fallen on hard times. Ukraine’s rift with Russia after the 2014 Maidan revolution against Kremlin-backed President Viktor Yanukovych forced the company to abandon several joint ventures, including a new military transport, commuter aircraft, and other projects. The Monitor visited its main facilities in Kyiv almost five years ago and found its production lines idle and its management almost desperate to find new partners in the West.

“We really need the West to turn its face to us. We understand that we urgently need to change the vector of our cooperation,” Dmytro Kiva, the director at the time, said.

Little interest from the West subsequently materialized, but the Chinese did show up. Antonov is famous for its powerful transport aircraft, and the Chinese have purchased large numbers of them. They have shown particular interest in acquiring new copies of the company’s An-225 Mriya – the world’s largest cargo plane. Only one copy of the Mriya, which can haul twice as heavy a load as the largest U.S. freighter, the giant C-5 Galaxy, has so far ever been built. Earlier this year a Chinese aerospace company filed a bid to buy an undisclosed stake in Antonov’s engine-building unit.

But the most controversial Chinese investment ploy involves the Motor Sich conglomerate. The company used to supply about 80% of all engines installed in Russian helicopters, and two Chinese aviation companies have tried to buy a controlling 50% stake. The deal, which reportedly involves a $100-million above-market value inducement to Ukraine, is presently being held up by Ukraine’s Anti-Monopoly Committee due to security concerns and strenuous objections to the sale from the West.

In August, former national security adviser John Bolton flew to Kyiv specially to warn against the sale. “Military and sensitive technologies should not reach enemies or potential enemies,” Mr. Bolton reportedly said. “We inform friends and partners about the danger of Chinese investment.”

Mr. Bolton’s warning raises a follow-up question: What happens to Ukraine’s aspirations of joining NATO if its major military industries fall to China, which is rapidly developing a multi-sided strategic partnership with Russia? At present, no one in Kyiv, Washington, or Moscow appears ready to openly address the elephant in the room.

But holding up a Chinese sale is of little help to Motor Sich, a company that employs 30,000 people in the eastern Ukrainian region of Zaporizhia, and which reportedly lost 40% of its business when contracts with Russia were broken off five years ago.

“The owner of Motor Sich, Vyacheslav Boguslayev, is a good steward of his company. He wants it to survive, and the Chinese are offering a lifeline,” says Alexander Parashiy, head of research at Concorde Capital, a Kyiv-based brokerage firm. “The West doesn’t need this unique company, and our government does nothing to save it.”

Mr. Parashiy blames the Ukrainian government for failing to support the country’s foundering military industries. Indeed, he points out, the Ukrainian interior ministry recently placed a $615 million order for 55 French-made helicopters even though Motor Sich has developed a similar product.

“It’s hard to ask outsiders to back Ukrainian designs when our own government won’t,” he says. “This Chinese attempt to acquire Motor Sich is a logical consequence of our government’s inattentiveness.”

“If there is something still functioning there and the Chinese are buying,” he says, “why should Russia mind?”