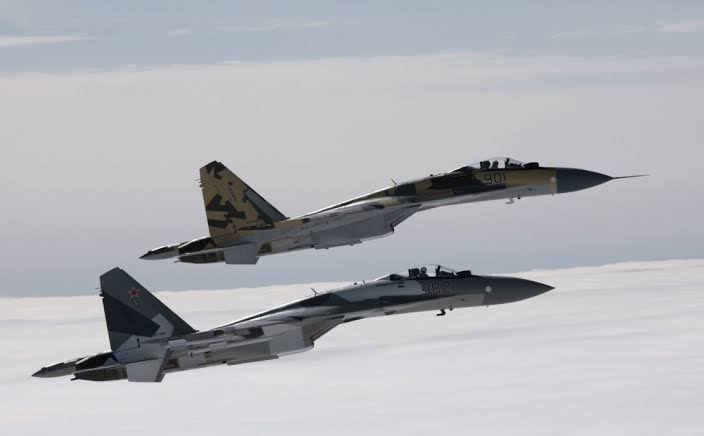 Following reports in March 2019 that Egypt had reached an initial agreement with Russia for the sale of an unspecified contingent of ‘over 20’ Su-35 air superiority fighters, Russian state media reported on November 16th that Moscow expects to begin deliveries of the jets in 2020.

Under a $2 billion contract, the Egyptian Air Force would finally receive high end heavyweight fighter jets to form the elite of its fleet – an asset it has sought since the mid 1970s when it attempted to acquire F-15 Eagle air superiority fighters from the United States.

The U.S. has denied Egypt access to high end hardware such as F-15s, and even the lighter and less capable F-16 Fighting Falcons provided to the Egyptian Air Force were sold without modern AIM-120 AMRAAM long range air to air missiles which has left them effectively obsolete for air to air engagements.

Egypt’s neighbour and longstanding military rival Israel has notably deployed large numbers of F-15s since the 1970s, and was the largest foreign operator of the F-16 until it began to retire these jets from service.

Most recently, Israel has begun to deploy next generation F-35 stealth fighters which, while lighter and less specialised in air to air combat than the F-15, provide many unique capabilities.

Egypt has moved to reduce reliance on American combat aircraft since the overthrow of its Western backed Islamist government in 2013, most notably with the purchase of 50 MiG-29M medium weight multirole fighters and almost 100 Ka-52 attack helicopters.

Russian fighters acquired are equipped with modern air to air missiles such as the R-77 and R-27ER, making them a far more formidable force than the older F-16s previously deployed.

These purchases have been complemented by acquisitions of advanced ground based air defence systems such as the S-300V4 and BuK-M2, which have made the country’s airspace among the best defended in Africa and the Middle East.

The Su-35 is a ‘4++ generation’ platform and until mid-2019 was the most capable Russian fighter available for export. The aircraft is heavier than the F-15 and has a range sufficient to strike targets across the Middle East, Southern Europe and much of Africa.

The fighter’s sensors, electronic warfare systems and avionics are all state of the art, while its combination of powerful AL-41 engines, three dimensional thrust vectoring systems and a high-composite airframe provide it with unrivalled manoeuvrability.

The aircraft have been highlighted for their ability to deploy long range hypersonic air to air missiles, namely the R-37M, which will allow them to engage enemy aircraft up to 400km away.

This compares highly favourably to the significantly slower AIM-120C with a range of just 105km, which currently equips the majority of Israeli air units, and particularly to the Vietnam War era AIM-7 Sparrow which was previously the Egyptian Air Force’s most capable air to air missile.

While the United States has notably threatened Egypt with economic sanctions should it proceed with the purchase of the Su-35, seeking to influence the regional balance of power in favour of its higher level defence clients and deny Russia revenues from arms exports, Washington is notably unlikely to offer Egypt any aircraft of comparable sophistication itself – much less the air to air missiles needed to make them effective.

The United States has warned Egypt that it could face sanctions over a $2 billion contract to buy more than 20 Su-35 fighter jets from Russia, The Wall Street Journal reported Thursday.

Russia, which has become one of Egypt’s major arms suppliers, plans to start deliveries of Su-35 Flanker-E air-superiority fighters to the country as early as 2020-21. The U.S. sends $1.3 billion in annual military assistance to Egypt.

“Major new arms deals with Russia would — at a minimum — complicate future U.S. defense transactions with and security assistance to Egypt,” Pompeo and Esper were quoted as saying in a letter Wednesday.

Under the law, the Trump administration imposed sanctions on the Chinese military for buying 10 Su-35 aircraft from Russia. It also blacklisted 33 people and entities linked to Russia’s military and intelligence.