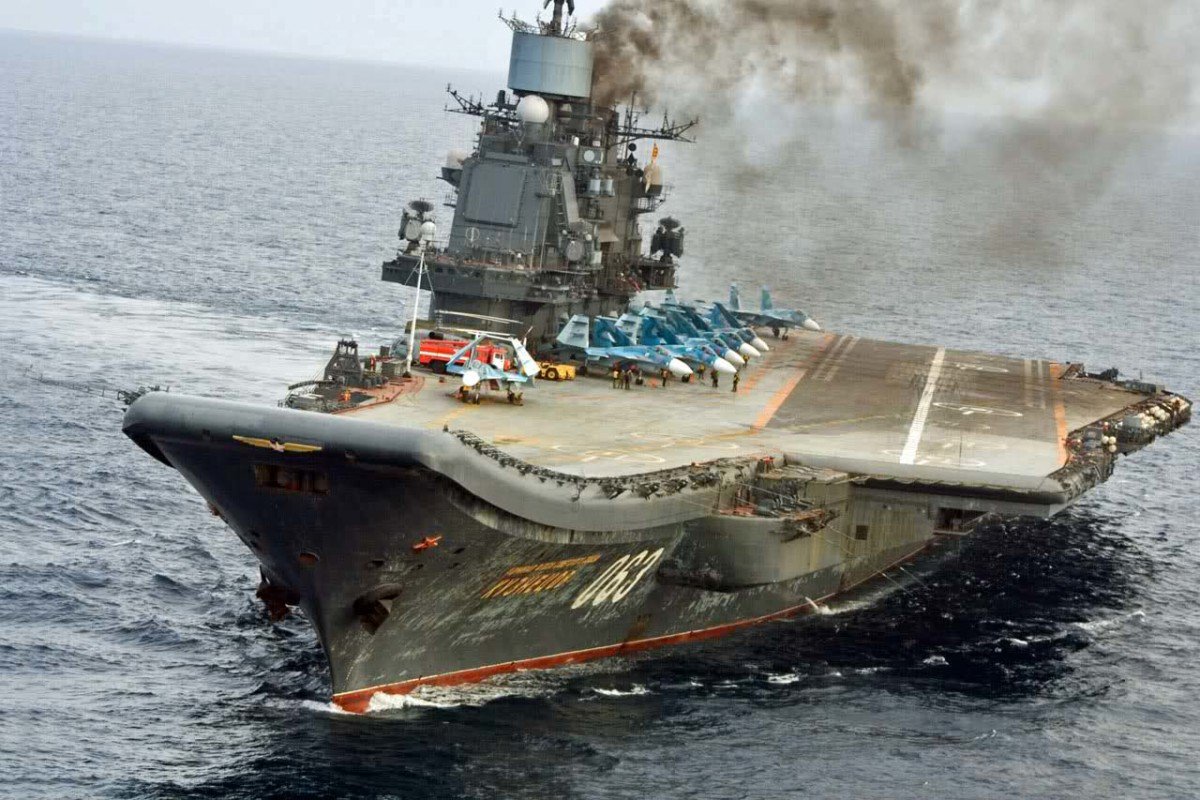 For most sailors who served on the Admiral Kuznetzov, Mazut is the stuff of legends. The ultra thick, tarry black substance that powers the ship is known for being rather toxic, sticky, and not easy to get out of clothes. But why did the Soviet navy keep powering its ships with Mazut? What are the advantages and disadvantages of the fuel? Why exactly is the Kuznetsov so smoky?

Not all Russian ships run on Mazut. Of all the large ships the current Russian Navy operates, only the Sovremenny-class destroyers and the Admiral Kuznetsov aircraft carrier run on Mazut. Given the large profile the Admiral Kuznetsov on the global scene—being Russia’s only aircraft carrier—naturally, some curiosity has arisen about what it runs on and why it produces so much smoke.

Mazut is a heavy petrochemical fuel . While most sources refer it to being taken from the very bottom of a distillation stack, this is inaccurate as “mazut” is a blanket term for very-heavy oil products, including those that can be formed from blending heavier oils with some slightly lighter ones.

These thick, heavy fuels were, by and large, the standard for both military and commercial vessels up until the 1960s and 1970s. Their thick nature gave them a very high volume to energy ratio compared with lighter distillates. But to be burned, they often had to be preheated and pressurized in a complex series of boilers and pipes. 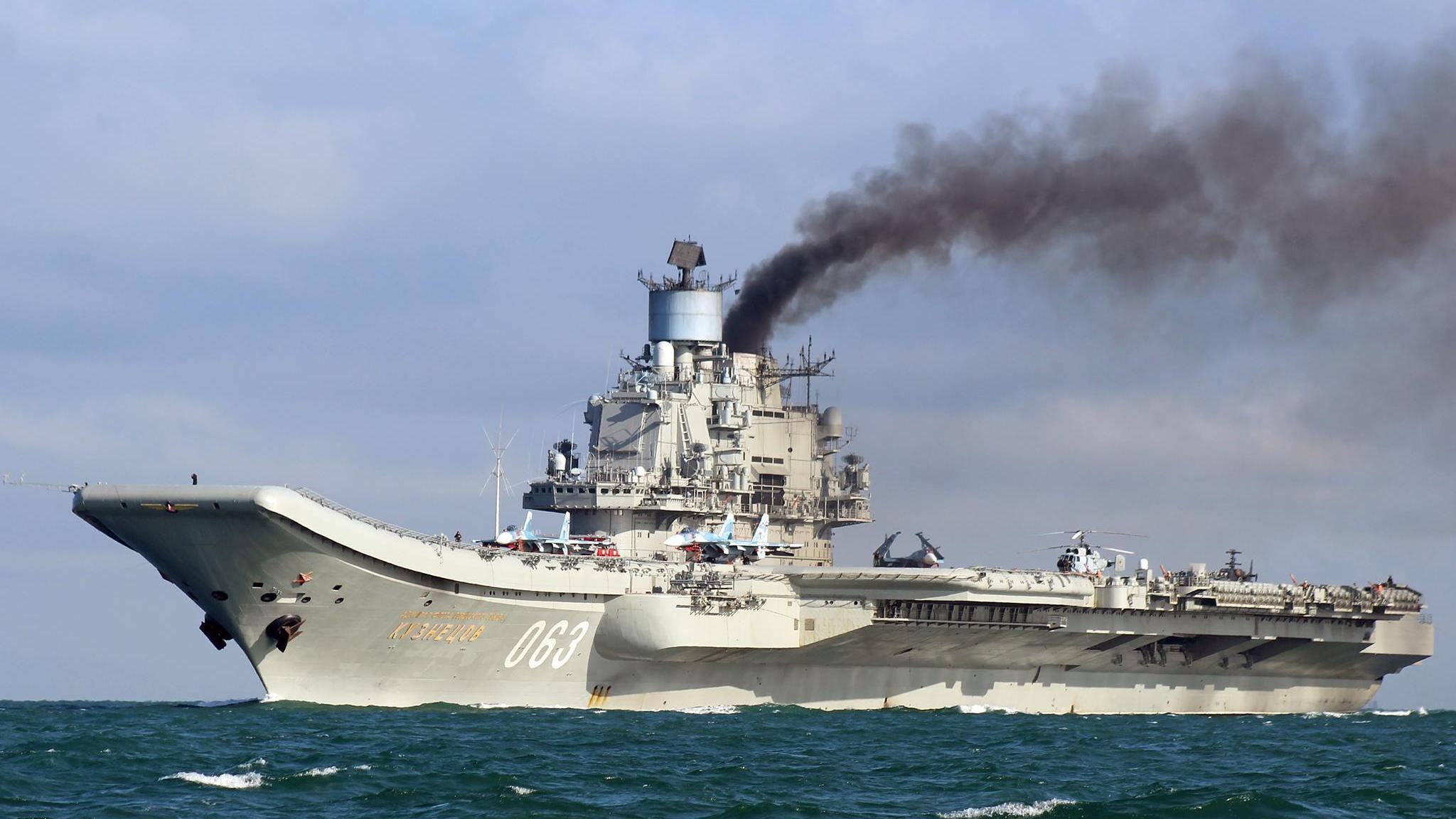 Burning these fuels could also produce large amounts of sulfur, as such heavy minerals tended to settle to the bottom of a distillation stack. As a result, these fuels can be expensive to procure in nations with higher environmental standards as they must be distilled from crude with a low initial sulfur content or removed via a chemical process.

For these reasons, Western navies began to transition to gas turbine propulsion in the 1960s and 1970s. Gas turbines use natural gas and distillate fuels, not heavy bunker fuels. Currently, all U.S. Navy ships use gas turbines for propulsion except those powered by nuclear power or the Freedom-class, which uses an electrical drive system.

However, the Soviet Navy seemed hesitant to make such a complete shift to gas turbines. While the Slava-class cruisers laid down in the 1970s used gas turbines, the Sovremenny-class destroyers laid down in the same era still were designed with a Mazut-powered propulsion system, reportedly due to the inability of the Soviet industry to produce enough turbines at the time. The later Udaloy-class destroyers continued the trend of using gas turbines.

The big question is why the Admiral Kuznetsov continued to use Mazut. Nuclear power was an option on the table, as the Kirov-class battlecruisers being designed around the same time used nuclear power plants—although the later Ulyanovsk-class of carriers planned to use nuclear power. One possible reason was that the class was partially based on the hull shape and layout of the earlier Kiev-class carriers, which ran on Mazut.

While Mazut was definitely not an optimal fuel choice for the Admiral Kuznetsov, its long and troubled construction process only compounded the problems. A Russian news article describes the Kuznetsov as having a “weak heart” due to the poor standards of shipbuilding when it was being completed in the 1990s in the Nikolayev Black Sea Shipyard in Mykolaiv [Ukraine].

Furthermore, Admiral Valentin Selivanov said, “From the very beginning, poor quality pipes were installed in her boilers.” The same admiral then went onto describe the Kuznetsov’s 1990s sea trials. Due to the problems with the pipes, not all boilers could run at full capacity all the time, and they would often break down. Sometimes the ship was reduced to operating on one boiler, giving it a speed of around 4 knots. These same reliability problems lead to the Russian Navy sending tugs to accompany the Kuznetsov during its 2016 trip to the Syrian coast.

These engineering difficulties are also given as a potential reason for the Kuznetsov’s super-smoky nature.

Vice Admiral Pyotr Svyatashov explained, saying that because of improper calibration in the preheating or injection mechanisms, the Mazut injected into the combustion chamber might not have had time to combust fully—in other words, the partially burned products are causing the black smoke. 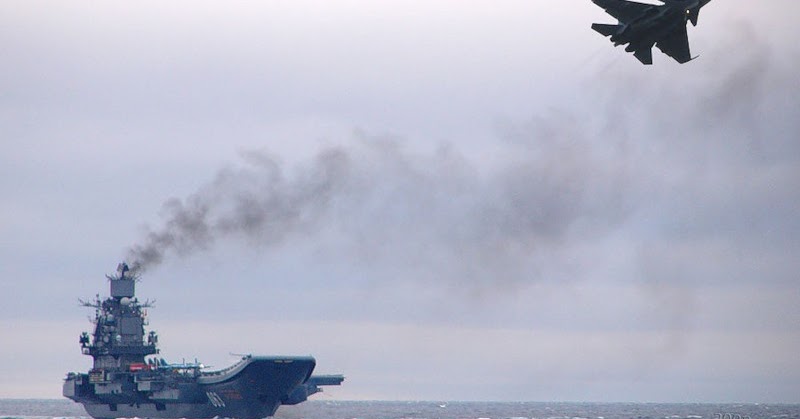 This is supported by some other analysts, who say that the exhaust color can be widely classified into three colors—grey for oil, white for water, and black for fuel. Some blogs have gone into further analysis of the potential mechanical problems that may cause black smoke, albeit on the Sovremenny-class ships, which have suffered their own bouts of black smoke.

However, some Russian military experts have attempted to downplay the problem entirely. Admiral Ivan Vasiliyev said on the show “Tsargrad” that the black smoke was a deliberate move to show the British that the Admiral Kuznetsov was there, as per “seaman’s tradition.”