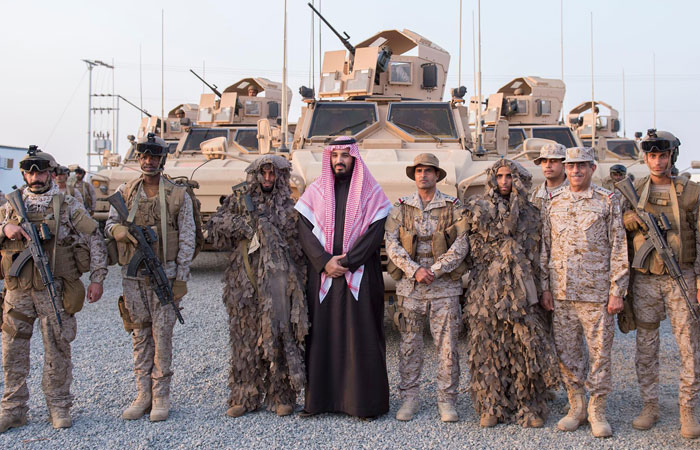 By the end of 2019, fighting in Yemen will have claimed about 102,000 lives, according to new figures from the United Nations that indicate the war has killed far more people than previously reported.

A UN-commissioned report by University of Denver also revealed that more Yemenis were dying of hunger, disease and the lack of health clinics and other infrastructure than from fighting.

About 131,000 Yemenis will have died from these side effects of the conflict between the beginning in 2015 and the end of 2019, according to the 68-page study, called Assessing the Impact of War on Development in Yemen.

The combined death toll from fighting and disease is 233,000, or 0.8 percent of Yemen’s 30 million-strong population.

Researchers also said that those five years of conflict will have cost Yemen’s economy $89bn.

“It’s one of the highest-impact internal conflicts since the end of the Cold War. On par with Iraq, Sierra Leone, Liberia, and the Democratic Republic of Congo – conflicts with an impact on development that lasts for a generation.”

According to Moyer, the vast majority of the victims of Yemen’s conflict are children under five. The report says that one child dies from the war and its side effects every 11 minutes and 54 seconds.

“More can be done to stop this conflict and more should be done.”

Moyer’s team also projected forward, calculating Yemen’s losses if the war were to drag on until 2030.

If fighting continues until then, the death toll would reach 1.8 million, the economy would have lost $657bn, 84 percent of Yemenis would be malnourished and 71 percent of them would live in extreme poverty, researchers said.

“The study warns of exponentially growing impact of conflict on human development. It projects that if the war ends in 2022, development gains will have been set back by 26 years – that’s almost a generation,” said Dujarric.

Saudi Arabia leads a Western-backed military coalition that intervened in Yemen in 2015 to restore the government of President Abd Rabbuh Mansour Hadi, which was kicked out of power in the capital, Sanaa, by the Houthi rebels in 2014.

Our new research sheds light onto the impact of conflict in Yemen.

The conflict has set back development in Yemen by 21 years.

One child dies because of the conflict every 12 minutes.

This thread introduces the report findings:

50% of the child population is undernourished. Of these, approximately 7 in 10 are undernourished because of the conflict. 1.6 additional years of children living in malnutrition are caused by the conflict.
3/ pic.twitter.com/AlEldZnS63

The economic costs of conflict are also massive. From 2015 through 2019, the conflict has reduced economic output by nearly $90 billion dollars and GDP per capita (at PPP) by $2,000.
4/

But indirect deaths exceed direct, with 130,000 people dying due to lack of access to food and infrastructure.

And the majority of these deaths are children. Since 2015, the conflict has killed 140,000 children from violence, malnutrition, disease, and reduced family income.
In 2019, a child dies every 12 minutes from conflict (both direct and indirect).

If the conflict continues, the burden of suffering is increasingly on the youngest.

If the conflict continues through 2022, we estimate that 330,000 children will die, that the share of mortality will increasingly be indirect.
8/

How were these estimates calculated? Our research team (made up of @dkbohl, Taylor Hanna, @mapesbrendan, @MickSez) created two scenarios in the @pardeecenterifs model representing a continuation of conflict and a de-escalation of conflict, starting in 2015.
9/ pic.twitter.com/62m8cfeIKw

This allows us to control for the development milieu in Yemen prior to the conflict. (That counter-factual scenario showed that Yemen was not going to achieve any #SDG by 2030 even without conflict.)
10/

We added a representation of the relationship between conflict and development across multiple dimensions to a model called International Futures. We populated the conflict scenario with data estimates taken from a range of sources.
11/ pic.twitter.com/HhkohoqBPJ

We created a conflict scenario that represented ongoing mortality and impact on GDP as represented by graphs below. We assumed that the severity of conflict reduced across time—conservative assumptions.
12/ pic.twitter.com/bznaCYnAKn

The warring parties struck a deal at UN-led talks in Stockholm in December for a ceasefire and troop pullout from the Red Sea port city of Hodeidah, a lifeline for food, fuel, medicine and other aid to millions of Yemenis.

The truce has largely held but the redeployment of soldiers has stalled, with each side blaming the other for derailing the bargain, the first big breakthrough in peace efforts in more than four years aimed at a broader political resolution.

The conflict, which has pushed the poorest nation on the Arabian Peninsula to the brink of famine, is largely seen as a proxy war between Saudi Arabia and Iran. The Houthis deny receiving support from Tehran.

“The scale of suffering borne by the children of Yemen is devastating,” the report says.

“The international community must come together to ensure peaceful resolution to the conflict in Yemen and promote a path towards recovery.”

War on Yemen
Thanks for subscribing! Any daily digest sent will come with an unsubscribe link in the footer.